During the last decades large carnivores have been gradually returning to their original homeland where they were nearly exterminated tens or hundreds of years ago. The same case is the Czech Republic, where the spring of 2014 quite unexpectedly saw a wolf pair only several tens of kilometres away from the capital of Prague which then had pups in the following months. Eurasian lynx has recovered after Second World War and later in 80’s during reintroduction programs. Brown bears have been spotted regularly since 70’s in the Carpathian area on Czech-Slovakia borderlands.

The monitoring large carnivores in the area of the Czech Republic has so far been carried out predominantly by snow-tracking in selected areas or by registering accidental observations. Only in the Šumava and Beskydy Mountains camera trapping is also carried out today and telemetric research was also done in the past. Information on the presence and number of the carnivores in the Czech Republic is therefore not complete and makes a more exact evaluation of the situation impossible. At the same time the monitoring of large carnivores and the wild cat is extremely demanding on human resources, technical equipment and finances.

Completing reliable data from the Czech Republic and their integration with the findings from the surrounding states is of cardinal importance for the understanding of the population dynamics of carnivores within Europe and the protection of biodiversity. The area of Central Europe represents a crossroads of potential wildlife corridors which can be used for the migration of a relatively large source population of carnivores from the East and the fragmented population from the West. This role could be taken on by e.g. the Sudetenland mountain ranges in the north which have not been monitored systematically yet. One the other hand, the Carpathian Mountains could serve as a bridge between the populations from the Eastern Europe and the Balkans. The presented project is primarily focused on these areas.

The main aim of the project is to acquire reliable information on the current presence and number of important European carnivore species – grey wolf, brown bear, Eurasian lynx and wild cat – in the selected areas within the Natura 2000 network. The project will be realised via collaboration of universities, non-governmental organisations and state-organised nature protection using modern methods of research (camera-trapping, genetic research and habitat modelling). 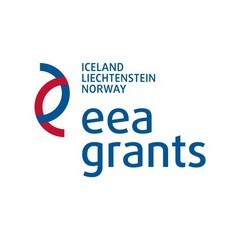 Produced as a part of the project “Monitoring of important European carnivore species in selected localities within the Natura 2000 network” which was supported by a grant from Iceland, Lichtenstein and Norway. The project is carried out by Friends of the Earth Czech Republic, Olomouc branch. Partners are the University of Ostrava, Faculty of Natural Sciences of the Charles University in Prague, Administration of the Krkonoše National Park, Administration of the Bohemian Switzerland National Park and the Nature Conservation Agency of the Czech Republic.

The main activities of the project will be carried out as a part of structured monitoring:

The following analyses will be carried out on the individual workplaces and laboratories: